The Language of African Music: Gurmancema

The Gurmancema language is spoken in Benin, Burkina Faso, Niger and Togo. 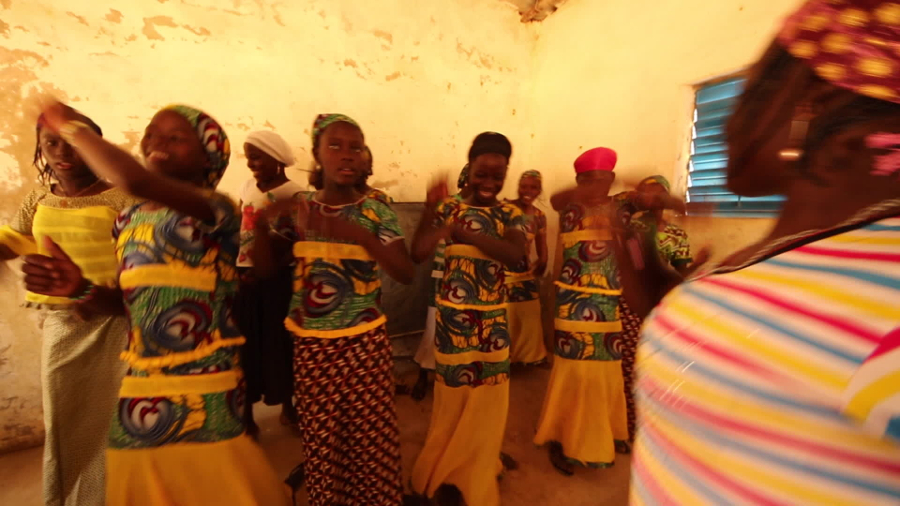 The Gurmance are an intensely agricultural group mostly found in Eastern Burkina Faso where they live with Fulani cow-herders. To the East of Gurmance country are the Zarma-Songhai, to the West the Mossi, and to the South, the largest wildlife management system in West Africa, the Parc W-Arli-Pendjari complex. Gurmance villages surround the parks and communities still access the now controlled resources. In Niger they form a distinct minority, often the true outcast ethnic group in Western Niger, as they have retained more of their African traditions and historically rejected Islam, the dominate religion in Niger. In contrast, in Burkina Faso there is a mix of animist, muslim, and christian Gurmance, many go to churches and mosques either fully converted rejecting animist traditions or, more frequently, alongside animist beliefs.

The village of Tirboy is a Gurmance stronghold, a village relocated from its original site near the current paved road to the village’s South, the Niamey-Ouagadougou road. Now 75km North of the road, colonial aggression and brutal forced labor when constructing the road finally displaced the community, which now lives in the villages of Tirboy and Kutugu, under the same hereditary chief. The area was more a vast hunting grounds. Remnants of sharpening stones can still be found on important rock outcropping overlook points. Settling and desertification played a factor in the loss of big game, but the extermination of the last remaining wildlife from independence in the 1960’s and 70’s by Niger government officials and military leaders for sport, meat and gifts to political allies, decimated all wildlife with the exception of rare small game like rabbits, squirrels and fennec foxes, although monkeys and crocodiles can also be found in isolated pockets.

The Tirboy community’s proximity to the Gorou Bi, one of the Niger River’s main tributaries gives them access to seasonal fishing, which they smoke to preserve throughout the year. They grow sorghum and millet, with okra, sesame, and peanuts for sauce. The women also farm and own their own granary that they are allowed to consume or sell. The church is new and the missionaries also included a grinding machine and literacy classes in Gurmancema as part of their brand of development.

The new church in Tirboy was founded with American missionary influence and has been successful in filling the church every Sunday and creating a children’s bible class session to match. The choir is a mix of women and young women, and also a young girls choir. The leader of both choirs is the pastor’s wife Kanda, who sings in the back-row, allowing the upcoming singer to take the lead, a sign of her effort to educate and use social roles to grow and maintain a solid choir. The young girls group uses the Sunday bible class time, just behind the church, to practice in between and after lessons. The middle school aged girls serve as the lead singers and trainers of the young girl’s choir. This recording was part of a Sunday mass.

The Gurmance in Niger are in an interesting outskirts on the Eastern fringe of their ethnic group’s territory, exaggerated by the Burkina Faso-Niger border which literally makes the Niger Gurmance feel removed from a majority group whom Nigerien Gurmance recognize as the heart of the culture. Despite this, there are pockets of Gurmance communities who’s culture has been preserved due to the physical landscape or distance from larger settlements. Burkina Faso has promoted culture exponentially better than Niger since the 1970’s and so Gurmance music and new cultural events or expositions leaves Nigeriens out of the picture.

Nigerien Gurmance are constantly trying to access digital audio and video files including photos, songs, stories, and comedy sketches in Gurmancema. Burkina Faso has traditionally been more open to promoting animist religious traditions even as Christianity and Islam have been introduced. Missionaries, unable to find strong grounding in the Western and Northern part of Burkina Faso, areas that have had more exposure to Islam, Gurmance country in the East has been a popular target. As churches often allow worship in African languages and music traditions, it is easy to find recordings of church music with both traditional and pop styles common.

The songs recorded here have been shared by cellphone networks bringing Burkinabe Gurmance church music into South-Western Niger. Repetitive listening allowed church going individuals in Tirboy to memorize songs first sung casually, later inspiring the idea to incorporate them into the repertoire of the choir. The studio recorded songs, including their popularity in sharing networks, elevates their status, as both a formal recording and popular local sharing is far from the rural lifestyle of the Tirboy and any surrounding communities. Burkina songs of worship are forming a group of standard songs in new missionary founded churches in Niger.