The Language of African Music: Fulfulde

The Fulfulde language is spoken in Niger. 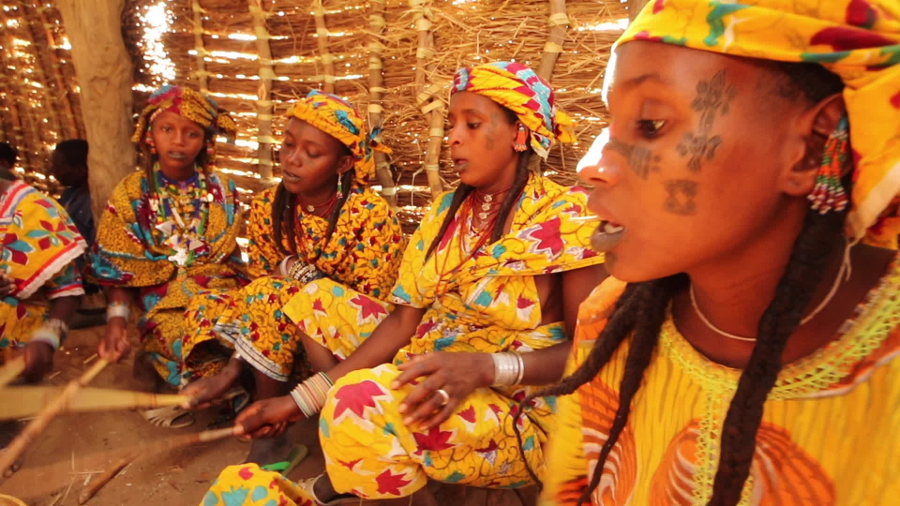 These young women and girls are typical of singers at Fulani wedding celebrations in the area from Tamou to Torodi to Tombole in South Western Niger. The group includes relatives of the groom’s family welcoming the bride to her new home. Brides relocate to the groom’s villages for the welcoming party, which serves as the climax of the wedding party for most ethnic groups in the country. Seen in the background, on one of the shade hangar’s sorghum stalk wall panels, is the wedding blanket the groom’s mother hung in the background symbolizing the group’s authenticity. During a wedding, this blanket covers the bride as she is escorted to her new home.

This group includes the groom’s older and younger sisters, a paternal aunt, another aunt (his uncle’s wife), his father’s younger brother, cousins and other girls that live nearby. The Fulani in Niger all have deep roots in cattle herding and have adjusted to a more semi-nomadic life following decades of desertification, droughts and famines. The seemingly abundant yellow fabric with blue and red shapes unifies the ethnic identity. There are two models of wearing the fabric, one as a long fabric wrapped around the body called the hulana, or the new style, with a separate puffy-shoulder, laced shirt to match a skirt.

The morning after the wedding, members of the same group that switched in and out all night long to sing around the calabash, formed a group under the shade hanger room to sing songs sung at weddings. The previous evening, after dark, the girls set down a large calabash with water and another smaller calabash, inversed to be placed floating on the water with the round half-circle forming the centerpiece of the group. Hard sorghum stalks are broken the length of a relaxed reach from the stool the singer sits on to the calabash for the continuous, mechanical striking. Sorghum is a staple grain grown in the rainy season that is also used to make fencing, wall panels, granaries, and can be used as rough cow feed for the dry season.

Just as the way the wedding party dragged out into the next morning, these songs, sheltered from the sunlight, carry a habituated and happy tone. The day after a wedding celebration is a bright new day despite the lagging fatigue from staying up late. The prior evening they broke three calabashes while singing. The young women and girls trade lead vocals for short and moderate length versions of several songs. Interestingly it is different for the singers to be able to see each other as most of the times these kinds of songs are sung at night. The close quarters is unique, but not the younger girls standing around in envy as well as young men and boys shifting and hanging about.

For each performance, the lead singer improvises the order and associated lyrics for each song. This is the case if teenagers are entertaining themselves at night on the outskirts of a hamlet or camp, or if gathered at a wedding celebration. The full-bodied choral response with sharp strikes of sorghum stalk leaves the lead vocalist sometimes seeming slightly removed as she carries the songs underlying mood. Weddings are often more public and performed close to the homes, even in front of the door of the hut the bride sits in. Some of the songs are consoling and directed specifically at the bride. As there are more people around listening to the lyrics, the lyrics are always more audible than when teenagers hang out on the outskirts at night.

Many of the songs sung at weddings are the same songs sung for fun by teenagers at night. One feature of the flirtatious teenager version of some of the same songs sung at weddings are the inaudible lead vocals, only heard by the cluster of girls standing in a tight circle, clapping hands while singing. The chorus is cyclical and more tightly focused inward. Other kids are immediately around them or standing in small groups at just the distance where they can hear themselves better. The fact that the lead vocals take place in an inner circle allows for boyfriends names and the lead singer’s feelings to be shared intimately among the girls without any boys or even smaller children really hearing.

Some songs feature the same sentence with different people’s names inserted as the subject. These will often have a person qualified by a positive cultural attribute. In the song “Jam Yoori Yo”, the name of a person followed by “are you sleeping?” pointing to the motivational aspect of this song, in the spirit of singing all night long. Waking one up, or, bringing them back can be literal just as much as figurative in the sense of one’s behavior, or level of presence physically, mentally, socio-emotionally, and for some, spiritually.

As the songs get better and the lead singer inspired, those in the audience impacted by the performance can gift money as a sign of their appreciation and encouragement. Affirming appreciation with a gift of money or candy can affirm your agreement with what has been said as well. For example when the singer sings, “we are going to go until dawn,” or, “let the village prosper,” gifting money is making a public statement through an action rather than a comment. This is of course exemplified when individual singers are gifted, whether they are the lead singer or not, and whether or not it was related to a lyric or not. The relationship of the person giving money and the receiving singer is always noticed by onlookers in gender specific performance, even if the money was given because of something the singer said. 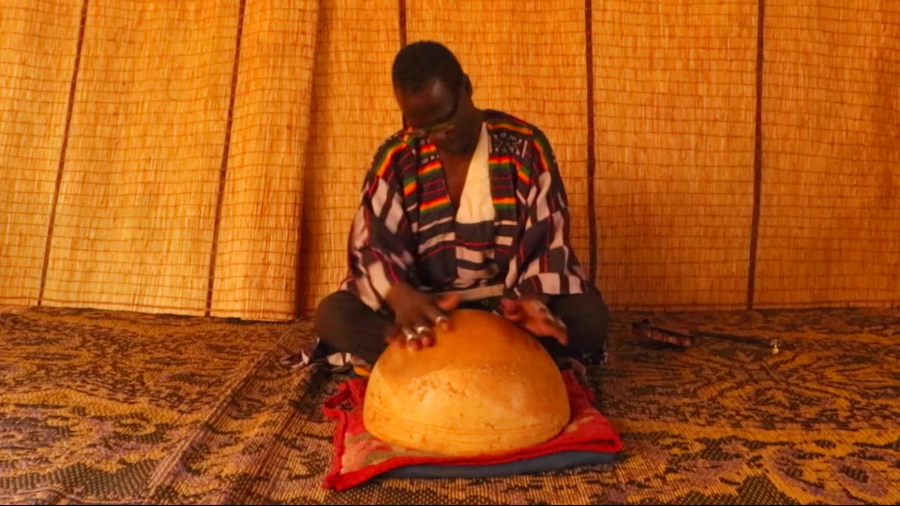