This comprehensive Swahili language bibliography, Swahili Acquisitions at Columbia University Libraries, 1979-2006, was developed by Dr. Yuusuf S. Caruso, who is a member of the ALMA Advisory Board. It is divided into the following sections, which are linked here:

This is an Ethiopian bibliography of non-fiction works in Ethiopian languages that was assembled by Brook Abdu, graduate student and doctoral candidate in archaeology at Boston University.

4) Fary Silate Ka: Bibliography of a Distinguished Career in the Service of African Languages

Dr. Fary Ka has made a career out of serving his Fula language and ethnic group, as well as other languages of his native Senegal. This bibliography is included here in tribute to his record of dedication. Further, he has assumed regional responsibility for projects relating to lexicography and terminology development in his own and other languages, and to create infrastructure enabling and empowering his counterparts working in literacy and African language publishing.

Editions ALBASA was a Niamey, Niger-based publishing house that produced materials in all the languages of Niger, particularly those prepared for the Bilingual Education Project which equipped the primary schools with bilingual editions. Editions ALBASA is no longer publishing, but Editions GASHINGO, address is shown in the pdf below, is prepared to respond to queries and fill orders relating to the linked list of publications.

This is a publications list from Mother Tongue Editions, a small publisher specializing in African language publications and established in 1988 by John Hutchison and Kassim Kone. 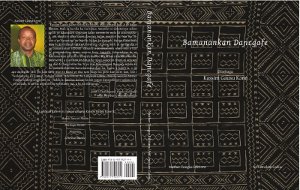 Mother Tongue Editions (511 Main Street, West Newbury MA 01985 USA) is proud to announce the opening of a distribution point in Bamako, Republic of Mali, under the name of An Lamɔkan Gafew (B.P.E. 4955, Bamako Republic of Mali, West Africa).