What is ALMA? ALMA has soul!

The African Language Materials Archive, or ALMA, is a multi-partner project focusing on the promotion and documentation of literature and literacy in the languages of Africa. It further serves to assist African language authors and publishers in publicizing and distributing their work.

ALMA has two websites. At our original site, a section of the Digital Library for International Research, you can find African language literary documents. This, our complementary site, contains complementary materials including African language video recordings, documentary video, translation work, and bibliographies, space for which is provided by the MATRIX Project of Michigan State University.

In October 2000, UNESCO established a contract with the Council of American Overseas Research Centers (CAORC) for the feasibility phase of the Senegambian portion of the African Language Material Archive (ALMA). CAORC subcontracted with the West African Research Association (WARA) to facilitate the necessary work. ALMA is an initiative that aims to increase dissemination of and access to materials published in indigenous African languages, thereby serving as a vehicle for education and literacy in Africa, and for African language study in the diaspora. ALMA involves the identification, collection, and digitization of published materials and their subsequent production in both CD-ROM and web formats. The website serves as a resource demonstrating the depth and breadth of publishing in African languages, and is designed to facilitate and publicize the work of African authors and publishers. Senegal and Gambia were chosen for the ALMA pilot since they share several prominent languages – Wolof, Pulaar, and Mandinka – in which publication has been plentiful. Since then, the project has been expanded and now presents materials from various West African countries as well as from eastern and southern African countries. ALMA is part of the CAORC-sponsored American Overseas Digital Library, which aims to make inaccessible material available in electronic form to all audiences.

In recent years, the ALMA project has benefited greatly from annual contributions made by Title VI National Resources Centers.

John Hutchison, ALMA Director, Boston University
Director of ALMA since 2002, Hutchison worked as African Language Coordinator at Boston U. from 1980 until 2007. As ALMA Coordinator he has worked to expand ALMA in new directions. He is now Associate Professor Emeritus of African Languages & Linguistics. He works principally in West Africa on the cultural and linguistic reform of education systems and on the promotion of the local language publishing industry there.

Ousseina Alidou, Rutgers University
Director of African Languages & Literatures in the Department of Africana Studies, Alidou works on women’s literature in the languages of Niger and is an activist promoting the use of African languages in African education systems. Her current research interests include African women’s literary and expressive cultures, comparative women’s narratives (Afro-Islamic and Francophone Experience), and African Muslim women and the politics of agency and cultural production.
Issa Diallo, University of Ouagadougou
Professor Diallo is the Director of the National Commission of the Fulfulde language of Burkina Faso, and holds a faculty position in the Department of Linguistics at the University of Ouagadougou. He has done extensive research on literacy, establishing an experimental literacy program for pastoralists. His work also focuses on language contact.
James Essegbey, University of Florida
Essegbey specializes in descriptive linguistics and language contact. He is interested in descriptive, documentary and theoretical linguistics, especially in the domain of syntax, semantics and pragmatics; contact linguistics; language and culture; Kwa languages of West Africa, especially Gbe (i.e. Ewe, Gen, Aja and Fon), Akan, and Ghana-Togo Mountain languages; and creole studies.
Henriette Ouedraogo Ilboudo, Radio Rurale, Ouagadougou
Director of the Rural Radio Services of the national radio station in Ouagadougou, Ilboudo is an activist for women and for local languages. She is the founding editor of a women’s newspaper in Moore.
Kassim Kone, State University of New York-Cortland
Tenured Associate Professor of Anthropology at the State University of New York at Cortland, Kone completed his PhD at Indiana University on the role of the proverb in Bamana society in Mali under Michael Jackson. He is a renowned scholar of Mande studies and Vice-President of MANSA.
Zoliswa O. Mali
Zoliswa Mali earned her PhD in second language acquisition focusing on linguistics and technology at the University of Iowa. She is especially interested in computer-assisted language learning (CALL) and computer–mediated communication (CMC). She earned a MA (cum laude) in African languages (morphology and syntax) from the University of Stellenbosch, and a BA (Honors) from the University of Fort Hare, South Africa. She also obtained a MA in linguistics at the University of Iowa. Before coming to the United States, she had worked at The University of Fort Hare as a lecturer for isiXhosa linguistics and literature. She founded the isiZulu Program, which she taught for at The University of Iowa from 2000 to 2006, and was later part of the formulation of an autonomous language learning network (ALLNet) at The University of Iowa. Dr Zoli Mali has also been an instructor of isiZulu for intensive summer language programs, at Indiana University, Bloomington, Ind., University of California in Los Angeles (UCLA), as well as for the University of Florida. She joined Boston University in 2007 as Clinical Assistant Professor (at the School of Education) and Coordinator of Southern African Languages (CAS) and is now a senior lecturer at CAS, in African Studies. She also is the Director of the African Language Program, in the African Studies Center, at the Pardee School of Global Studies, at Boston University. She is also the immediate past President of ALTA (the African Language Teachers Association in USA).
Fallou Ngom, Boston University
He became Associate Professor of Anthropology at Boston U. in 2008. He works in sociolinguistics and literacy. Fluent in a number of West African languages, Professor Ngom is currently conducting comparative research on Ajami literatures of several Muslim ethnic groups of the Senegambian region. He also works in Forensic Linguistics with a focus on refugees and asylum seekers from West Africa. This new field uses Language Analysis as a way of determining the accurate national origin of some asylum seekers in many Western countries.

Brian Nowak 1977-2021
Brian Nowak was an independent consultant and educator from the suburbs of New York City. As an undergraduate, he studied in Niger with a Boston University study abroad program for a year and a half, focusing on the social aspects of bilingual education, formal and informal education, and the possession ceremonies of the Hausa and Zarma/Songhai. Upon returning to the States for graduate school, he taught for 5 years in New York City public schools, piloting an inclusive classroom program, a multi-cultural music program, and an after-school music therapy class in a Pre-K to 6 school in Brooklyn. He moved to Niger in 2005 where he lived in an adobe off-grid home, travelling extensively in rural Burkina Faso, Benin, Togo and Northern Ghana.

With a background in anthropology and education, Brian has consulted for international humanitarian organizations and academics and was the programs director of American NGO Rain for the Sahel and Sahara. He previously taught 3 courses for the Boston University study abroad program, consulted for the West Africa Research Association conference in Niamey as musical program organizer, led expeditions for music label Sublime Frequencies, and is participating in the planning of the Niger Heritage museum project for Niamey and Agadez in Niger led by Paul Serano. Brian initiated and was the main contributor for the Language of African Music for the ALMA website. Other interests included collecting traditional West African music, studying pastoral lifestyles, animist practices, possession music, and intra-cultural differences.

The ALMA Project organizers would like to acknowledge here the financial support from the group of the Title VI Africa National Resource Centers who have kindly agreed to contribute funds to support the ongoing development of the African Language Materials Archive. 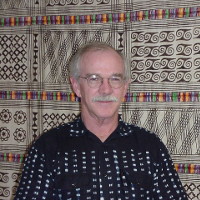 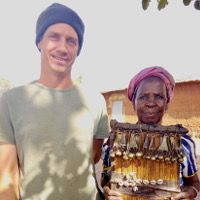 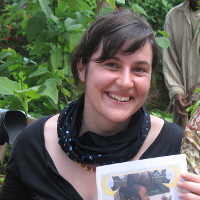 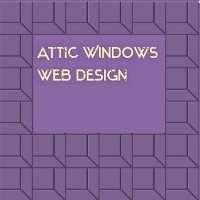