To increase the accessibility of human rights charters by translating them into African languages.

History of the Know Your Rights Project 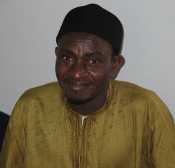 Those involved prepared to write grant applications and discussed the idea of starting a pilot translation project in Senegal. By the summer of 2007, they had organized a workshop in Dakar to plan for how it might evolve in the future. 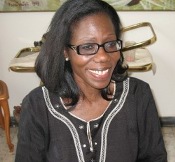 In April 2008, there was a follow-up meeting at Brandeis University, during a visit there by Prof. Fatou Kiné Camara, of the Faculty of Political and Legal Sciences of Cheikh Anta Diop University in Dakar. The purpose of the meeting was to plan a series of small pilot conferences that would advance the goals of the project and gain experience relevant to the search for funding for a larger project. Attendees included: Prof. Camara, Jennifer Yanco of WARA, Leigh Swigart, and John Hutchison.

The committee agreed to sponsor two pilot projects during the month of May, several days apart, in Senegal. The pilots entailed organizing conference-debates in national languages, focusing on articles from the Protocol of the African Union Charter of human and peoples’ rights on the rights of women.

The project is now being shepharded by Brandeis University, WARA/WARC, ALMA, and by Prof. Fatou Kiné Camara. Prof. Camara has:

Links to documents of the African Commission on Human and Peoples’ Rights:

These five documents are the legal instruments that constitute the basis of the KYR Project.

At the 2007 meeting in Banjul, The Gambia, the OAU’s African Commission on Human and Peoples’ Rights (ACHPR) asked the personnel representing WARA’s ALMA Project there, to begin taking on the important responsibility for translating the various human and peoples’ rights documents of the ACHPR into African languages. Thus the “Know Your Rights!” Project was born. Since that time, ALMA has initiated this process with the translation of a few of the documents into two languages of Burkina Faso: Moore and Fulfulde. These translations were done by two members of the ALMA Advisory Board Henriette Ouedraogo Ilboudo for Moore, and Issa Diallo for Fulfulde.

Since then, the ALMA Project Coordinator, John Hutchison has continued to collaborate with Geneviève Rose and the ACHPR committee she is on, The International work Group for Indigenous Affairs (IWGIA). ALMA has facilitated for them the translation of a summary document entitled “Indigenous Peoples in Africa: The Forgotten Peoples?” [The African Commission’s work on indigenous peoples in Africa]. Thus far this collaboration has led to the translation of this document into Fulfulde, Tamajaq, Kirundi and Maa. With ACHPR’s permission and given the importance of making this material available to the concerned constituencies, ALMA is posting these translations on its “Know Your Rights!” page.